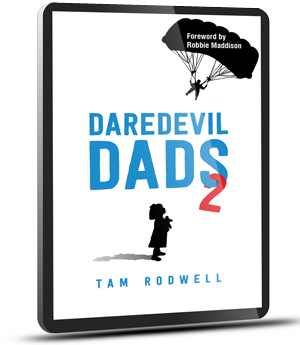 Building on the success of Daredevil Dads, this second and equally exciting instalment chronicles the next group of fathers who do the most dangerous jobs on the planet.

This volume focuses on several men who have become world champions in their field. It teaches us about the perils of flying fighter jets, about what it’s like to be buried alive by an avalanche, and how salvage divers cope in the most extreme ocean environments on the planet. You’ll also learn why some of these men quit their jobs after losing count of friends and colleagues who died along the way.

Daredevil Dads 2 continues to question the notion of what makes us who we are, and shows how some of us might just be born with a predisposition for dangerous activities that isn’t readily explainable.